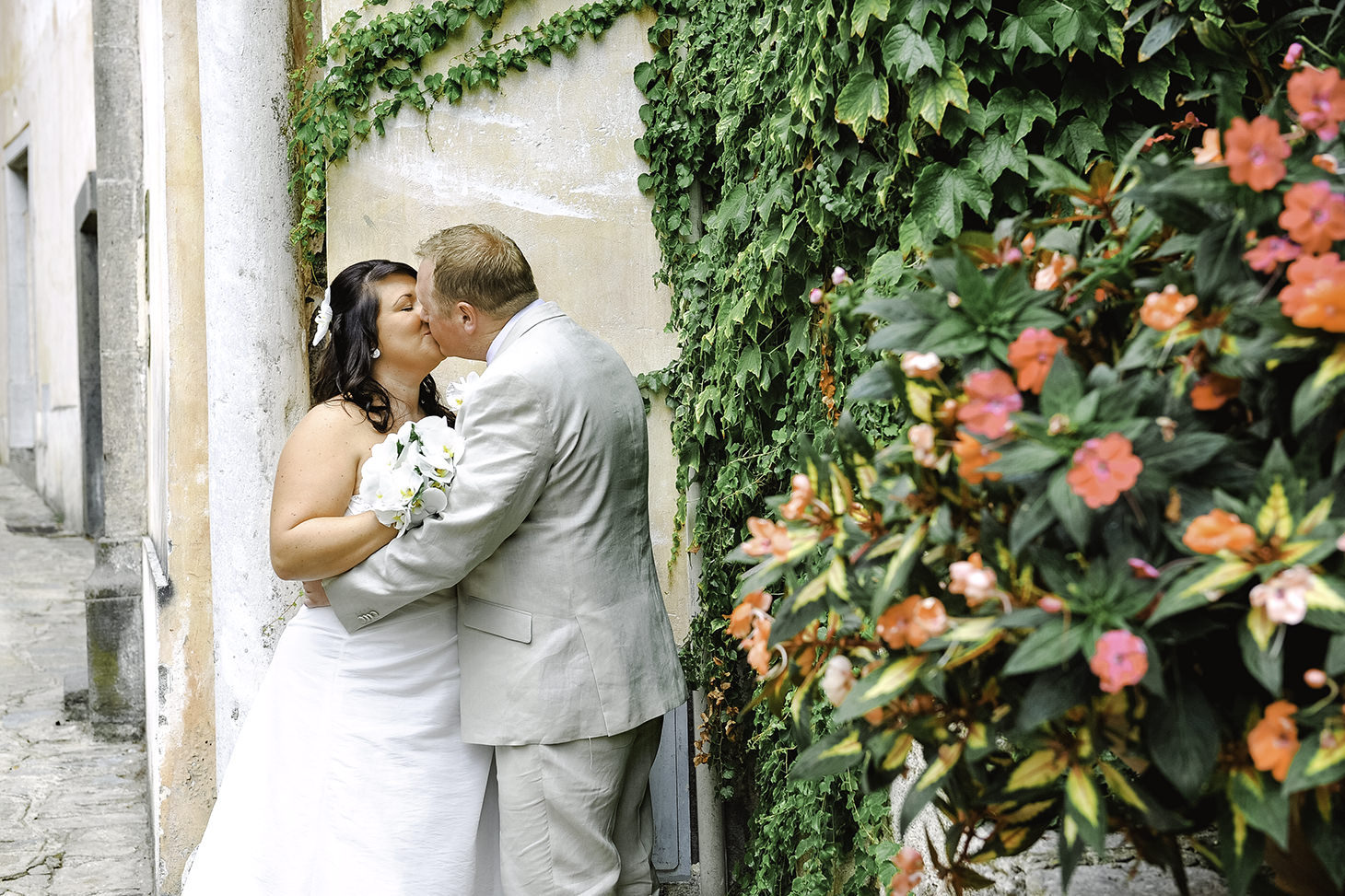 Been a really busy weekend!!! Thomas started school today, so we were organizing school uniform etc!!!

The day was absolutely fantastic thank you. The weather stayed nice until we were in the Hotel Garden Restaurant where the clouds were coming in through the windows!! Which made it almost unreal but did not spoil the atmosphere one bit! I got to say that the staff and food there was absolutely superb and they would not have changed one bit! We were all wondering what the cake would be like and everybody ate it... even the babies had some... can we have a recipe... or is it a secret!!!

I personally have fallen in love with Ravello and Amalfi Coast. Me, Karl, Thomas, Lucy and my mum and dad started off on the Tuesday for a short walk and ended up nearly 2 hours later in Minori!!! Needless to say we got a taxi back!!

We were in the hotel on the Thursday afternoon because of the rain, there was an opera singing competition downstairs in the back room (which was wonderful) so we were slightly distracted by them rather than the rain, until we went out to dinner and had to make a mad dash for the restaurant. The receptionist said she had worked there for 10 years and had never seen rain like it!! We didn’t know about the tragic loss until we got home and found a news story on Sky news, its awful and cant believe it happened just down the road, its awful and i hope that the town recovers soon.

Katy and Stuart are back in the Uk but have gone away for a few days, but they are already planning to have there first year anniversary back in Ravello.

Thanks again for all your organising it was absolutely brilliant.