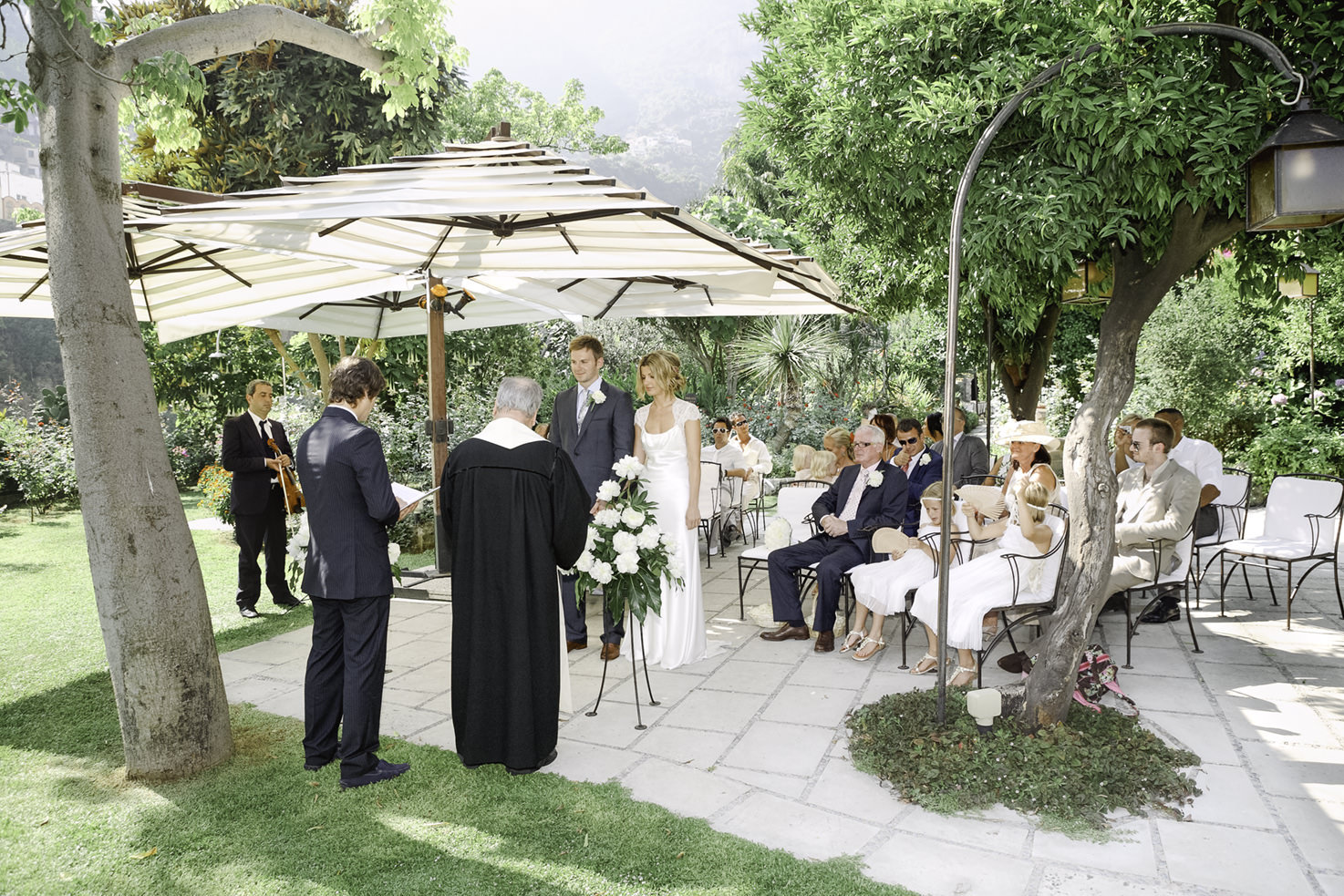 If you are considering a protestant wedding ceremony in Positano you should know that options are rather limited.

In Positano there are no churches of protestant religion. All churches on the Amalfi Coast are catholic, however currently the nearby parishes of Atrani and Ravello allow protestant ceremonies to be performed inside their churches.

Protestant weddings in Positano can be held in local luxury hotels or private Villas. These venues generally offer the possibility to perform the ceremony on a panoramic terrace overlooking the sea or a small botanical garden suitable for an intimate and romantic ceremony.

About protestant weddings in Positano

Protestant wedding ceremonies with legal validity can be organized in Positano. Specific paperwork requirements are required by the local pastor for both the religious and the civil part. The ceremony is conducted in Italian and translated by an interpreter.