Eve and Rob, Wedding in Malcesine 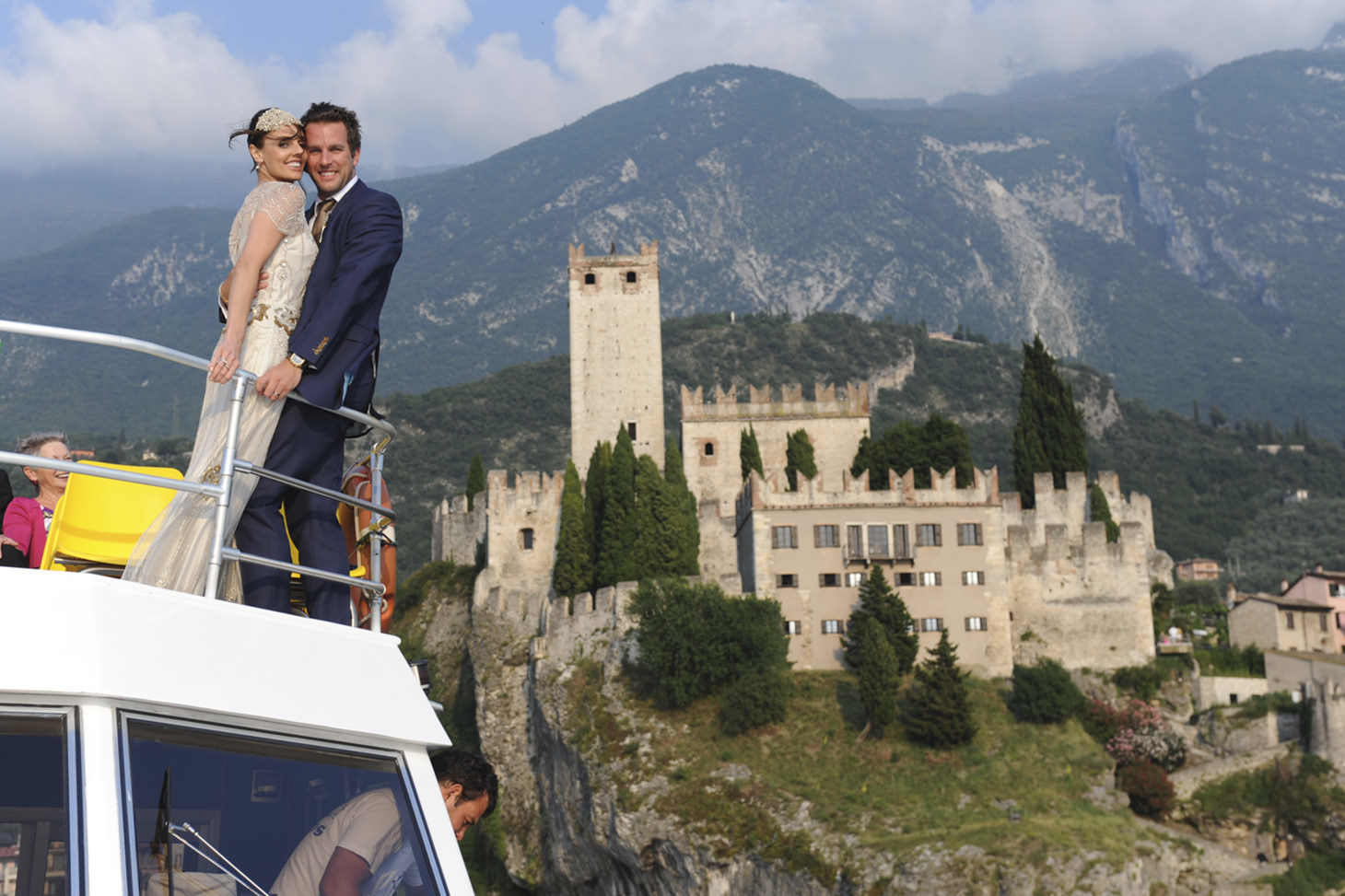 After getting engaged in November 2010, we only really started to talk about when/where/how we would get married from January/February 2011.

We always had an idea that we would want to go abroad and have a small wedding ceremony and, having never been to Italy, we thought this might be an ideal location.
We discovered exclusiveitalyweddings after some on line research. We literally did not have much idea of what specifically we wanted but this was all catered for by the team.

Firstly Laura responded to all our questions and queries very promptly and with regard to the fact that we were "amateurs" in this field! After deciding to go ahead with the team to help plan our wedding we were provided with plentiful options regarding the where's/when's and how's.
In the bigger scheme of things, our planning time was extremely short (approx. 4-5 months) compared to some wedding plans.

Sara Portello was allocated as our planner and she was a pleasure to deal with. Sara was friendly and understanding, options provied were wide-ranging and plentiful with due regard to any specific requirements we had. All our e-mailed queries (of which there were plenty) we answered promptly and efficiently.

Eventually after some brisk enquiries (due to the tight time schedule) we opted to marry at the beautiful Malcesine Castle, overlooking Lake Garda during the late afternoon of July 5 2011.
We requested hire of a car - to which we were provided with plenty of wide ranging options - eventually opting for a 1950's style De Ville in electric blue.

We also discussed options around photography and videography and we were overjoyed with the results - they were absolutley brilliant.

Following our arrival in Malcesine, everything went like clockwork - from the inital declarations being made - to the day itself.
Gloria attended our hotel as planned and would escort us throughout our day and she also was brilliant.

All the stress of planning and timing was taken from us and in hand by the team. This enabled us to just enjoy our day.
We had an amazing wedding - just as we wanted. Every single aspect was covered by Sara and we could have not have wished for our wedding to have gone any better.
I know this has been said a million times before but really, we would not change a thing. We would recommend you to anybody wishing to marry in Italy.

Thankyou to Sara, Gloria, Laura and all the ExclusiveItaly team.