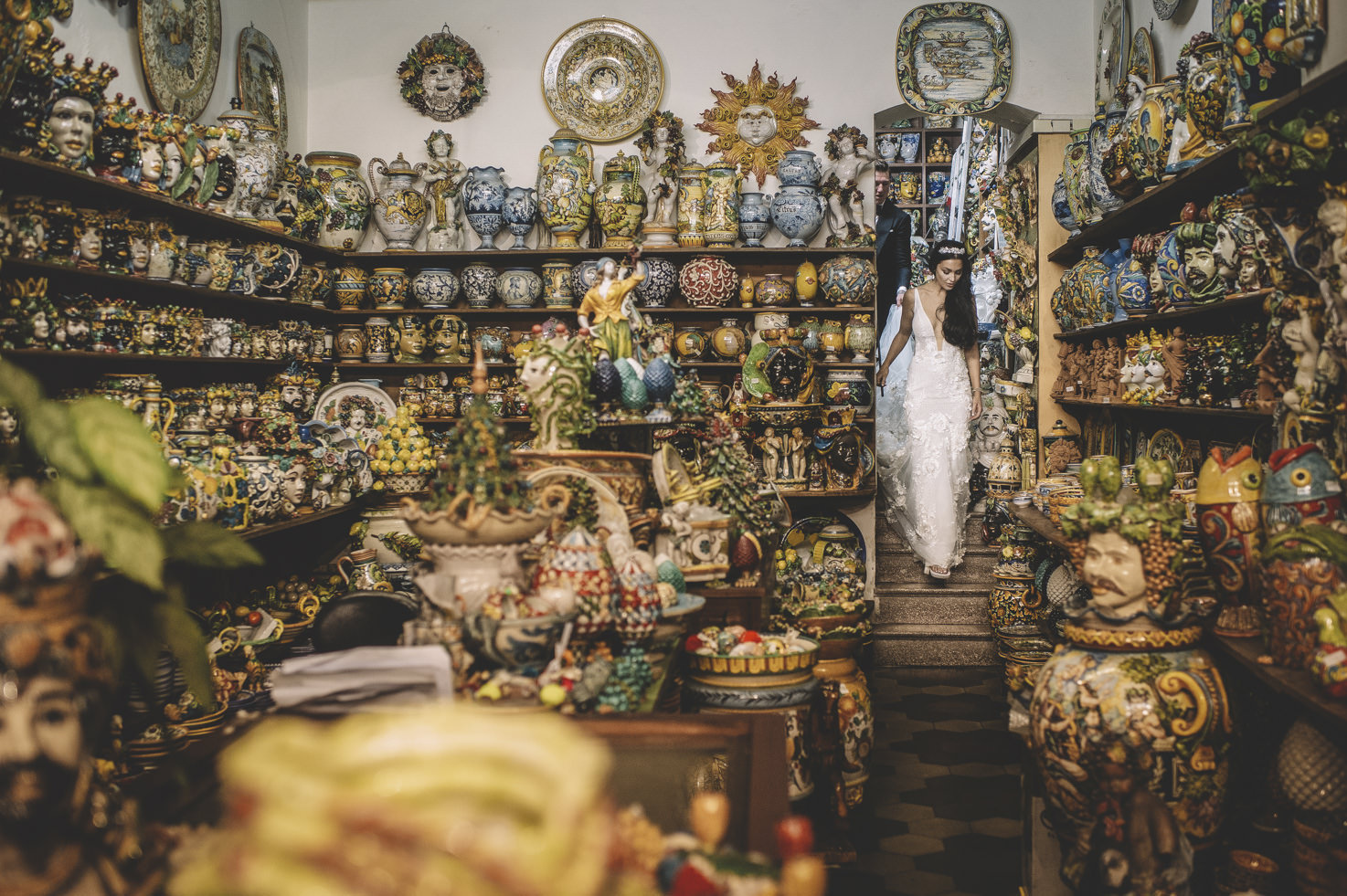 Italy's largest island, Sicily, is considered one of the most beautiful regions of Italy where a fusion of various cultural influences including Greek, Roman, Arab, French and Spanish created the Sicilian way of life

Some of its natural wonders are: Taormina - the pearl of the Mediterranean Sea, Mount Etna - the highest active volcano in Europe, Ortigia - a small island connected to mainland by three bridges is an authentic open-air museum, Valle dei Templi - one of the most beautiful archaeological sites in the world, Erice - a small stone town with a medieval atmosphere, Segesta - on top of Monte Barbaro, no longer inhabited, it is famous for its Doric temple and theatre. And then Palermo, Trapani, Ragusa, Cefalu, Favignana... every corner of Sicily has a unique and unforgettable charm.

Sicily has a remarkably unique and versatile cuisine that indulges in the culinary influences of the last 2000 years. A round-up of Sicilian most delectable dishes: cannoli with pistachios and chocolate chips, arancini, caponata, pasta alla Norma and the unique granita! 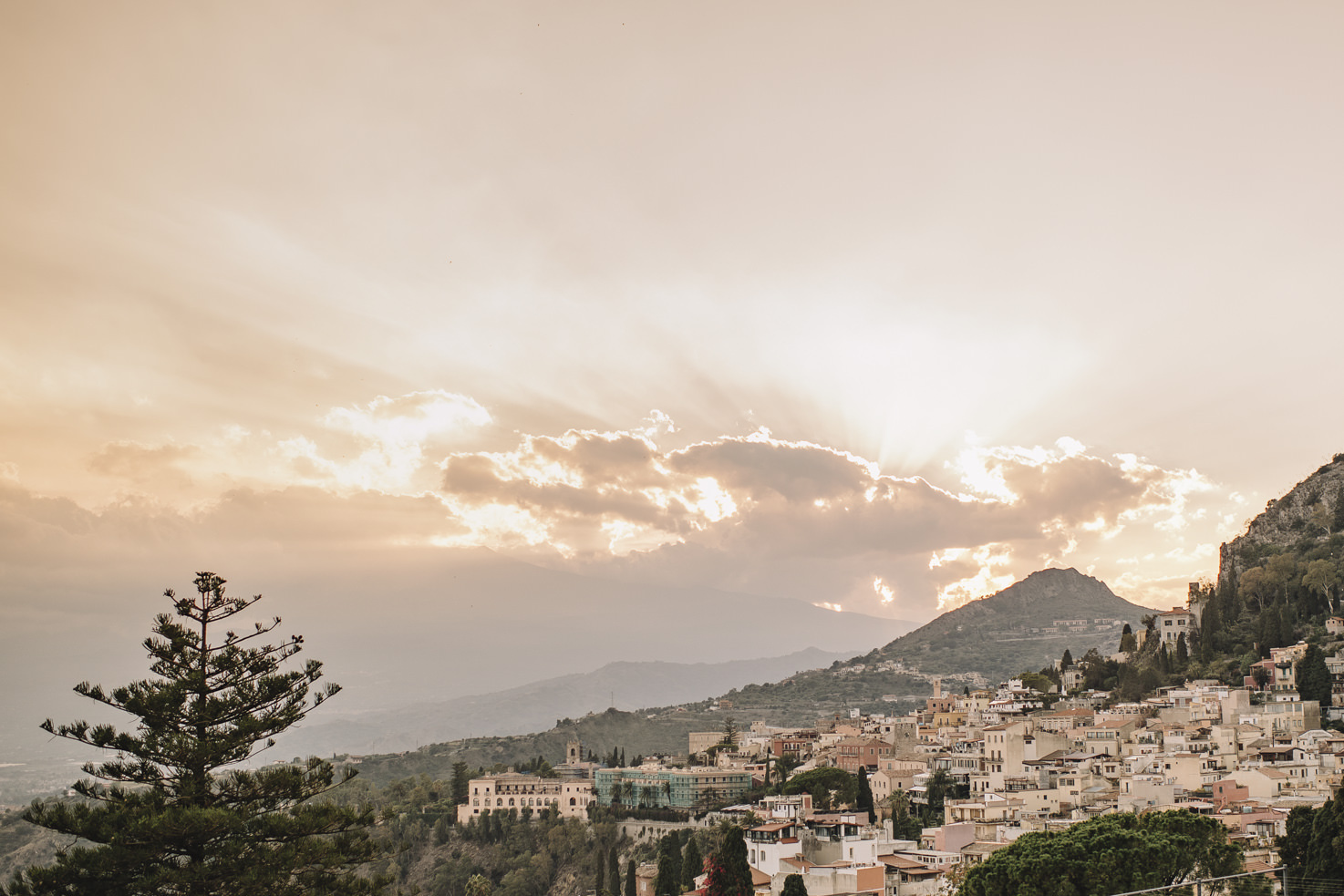 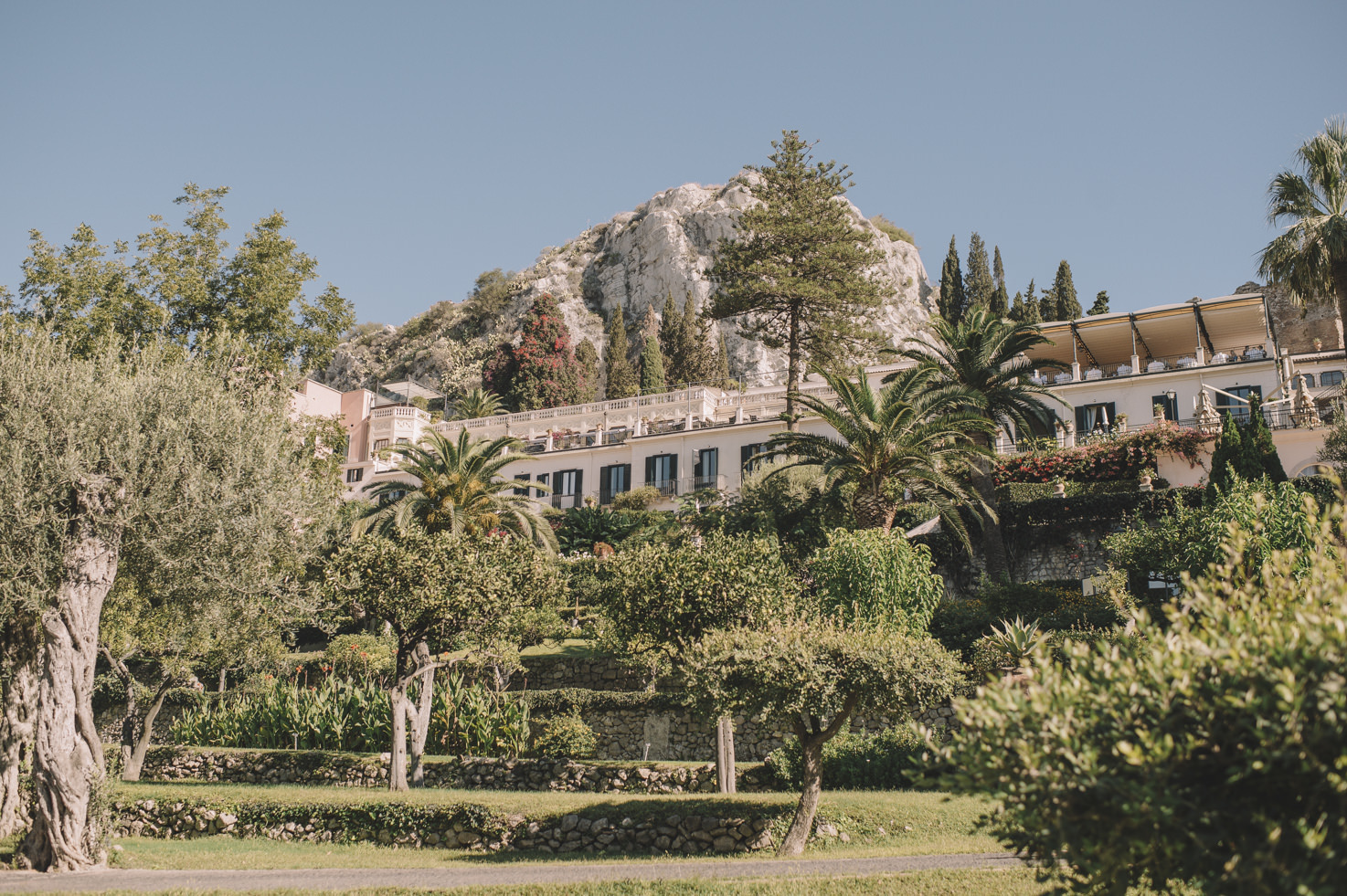 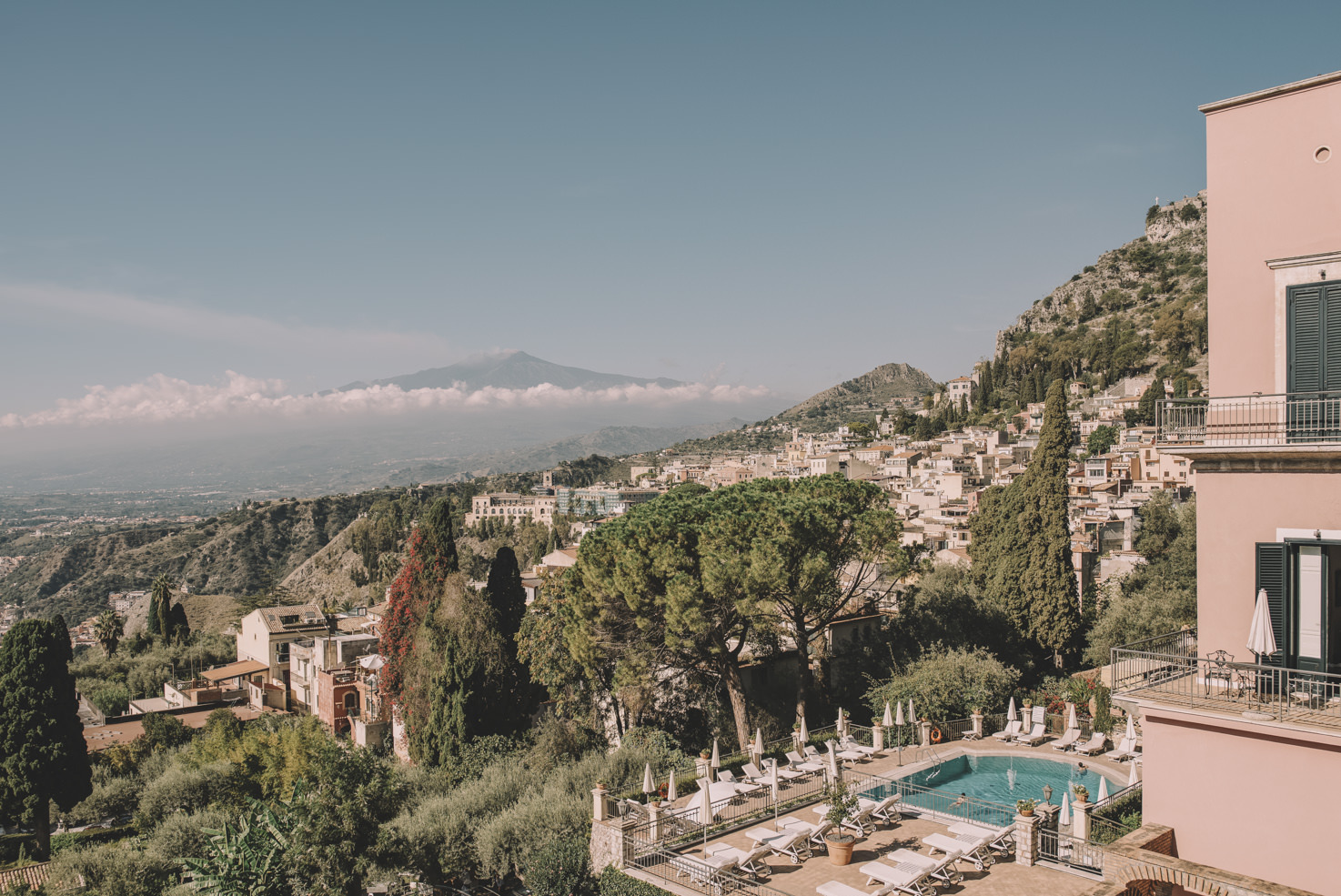 Sicily is known for its splendid baroque architecture that influenced residential buildings and churches since the beginning of the XVII century. Catholic Churches are characterized by sweeping curves, broken pediments over windows, extravagant use of statuary  and the addition of cherubs, masks and balconies. Most of the Churches allow weddings for foreigners, while there are several historical venues where Civil or Symbolic weddings are organized.

A seaside Wedding in Sicily is a real Mediterranean dream. A favorite locations for couples who chose Sicily for their wedding is Taormina that with its fabulous 5 star hotels overlooking the fantastic Sicilian landscape will enchant guests and remain forever in the memories of the spouses.

For couples who prefer a more unique and exclusive setting we can propose farms, castles, villas, historical buildings both in the countryside and in other seaside locations in the province of Palermo and Catania that maintained their authentic character and charm throughout the centuries.

Explore Sicily with us if you want to find a unique setting for your Special Day. 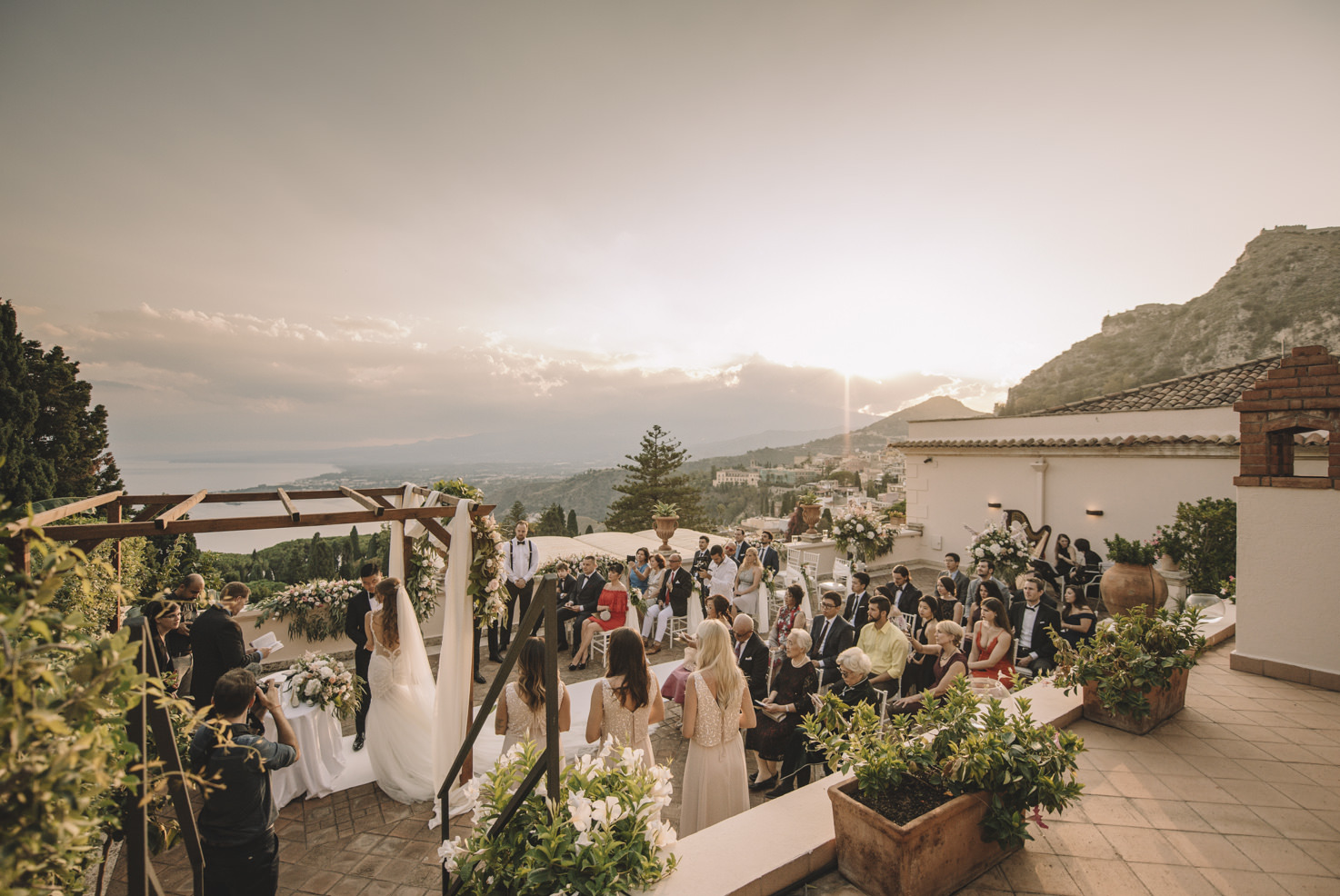 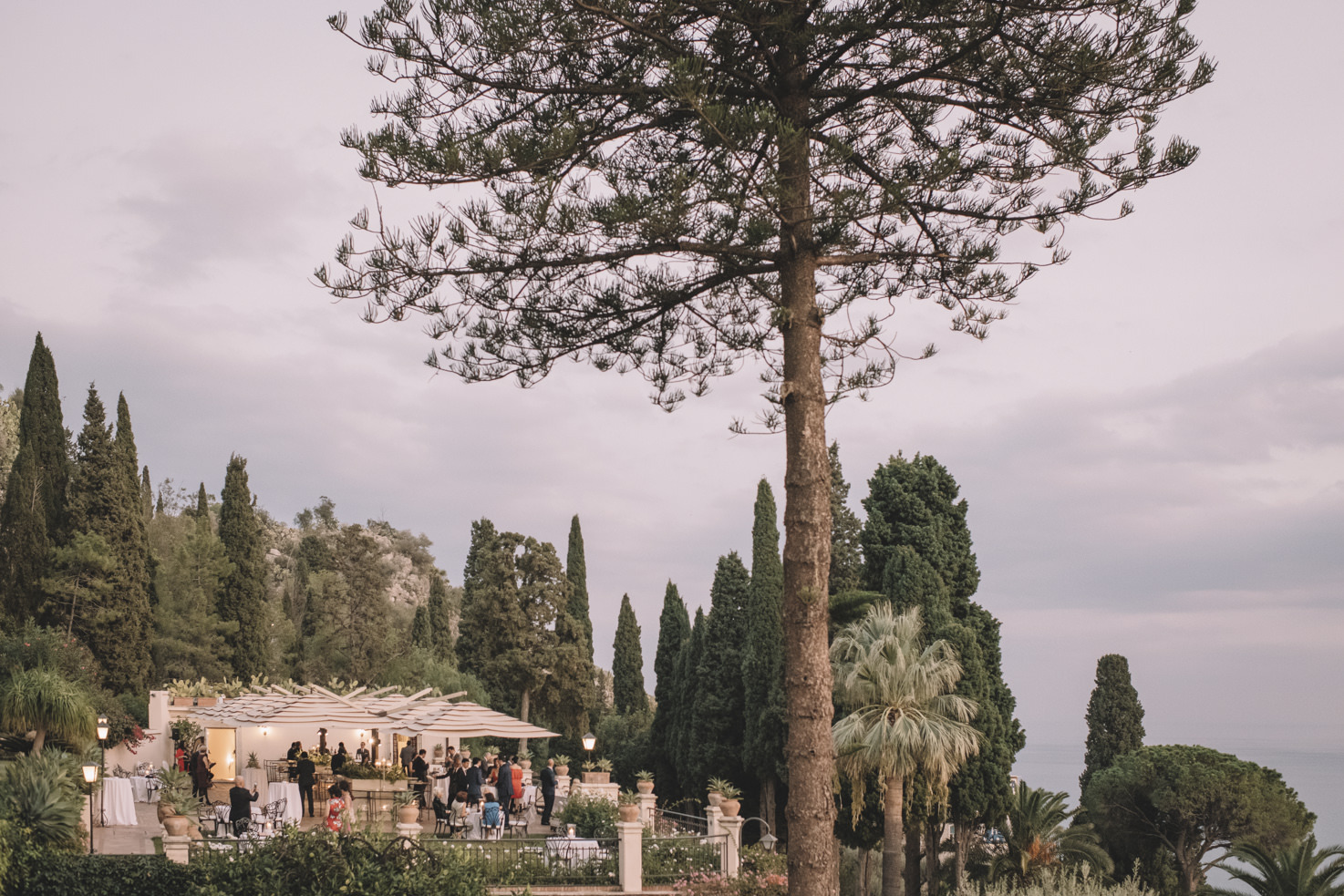 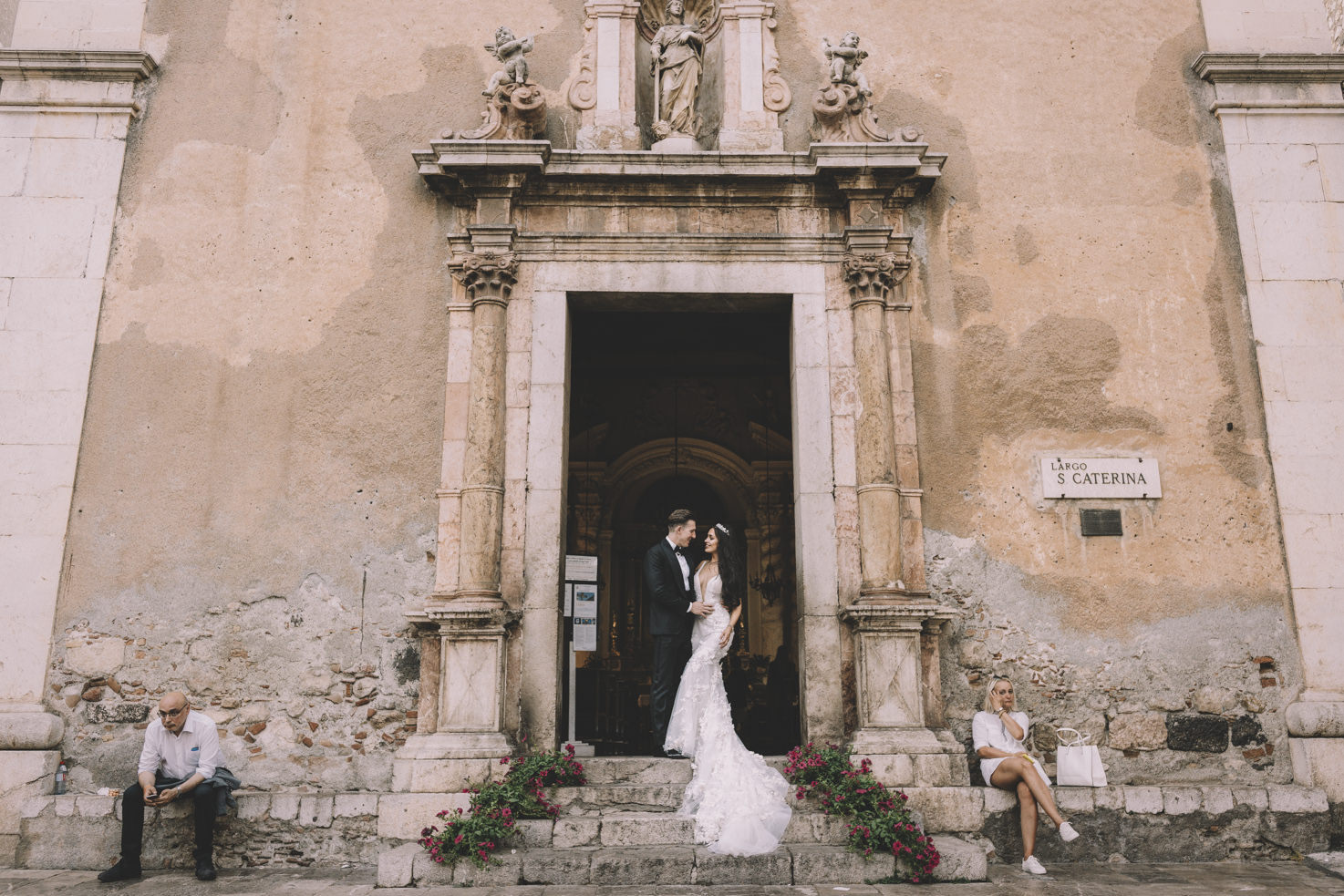 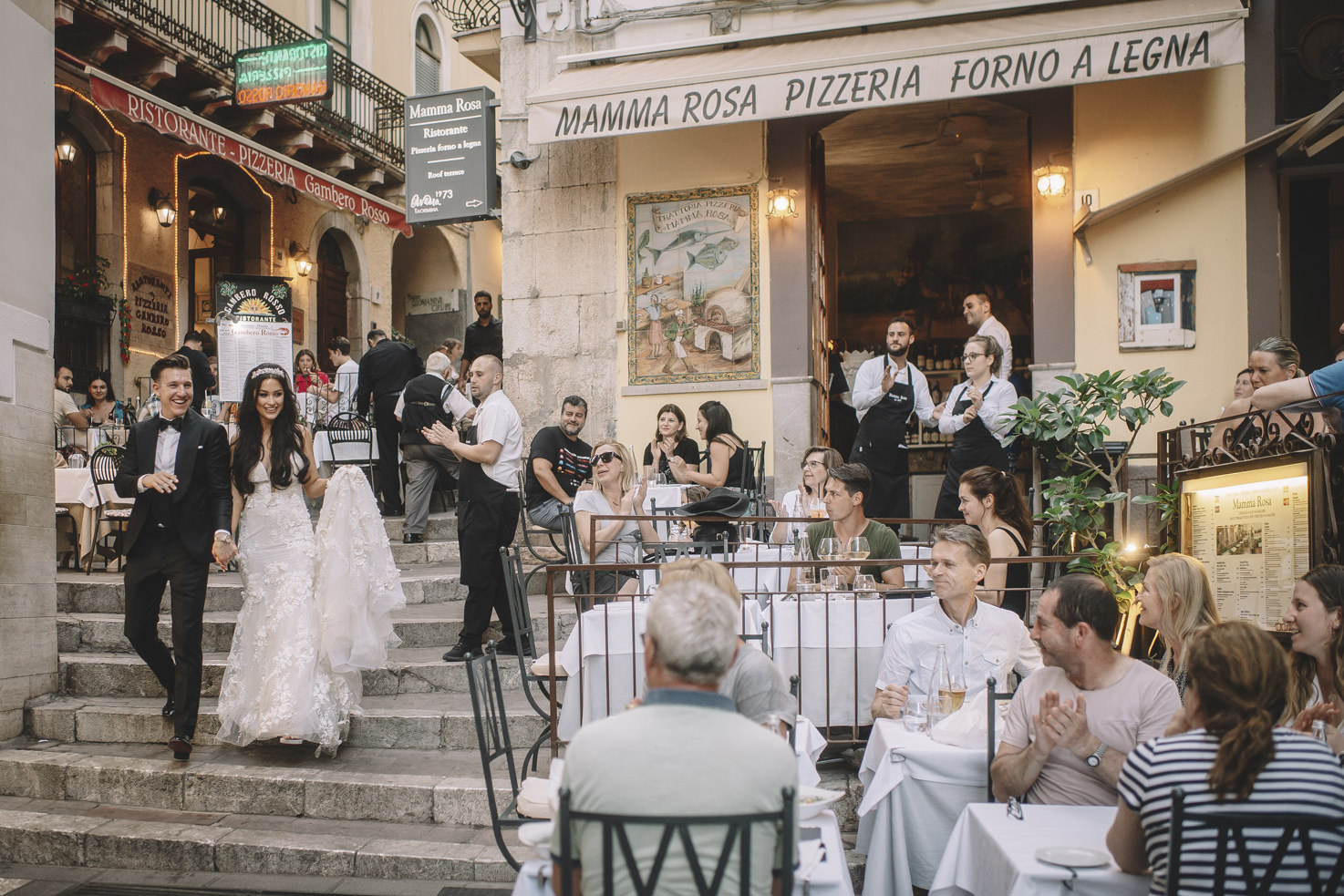 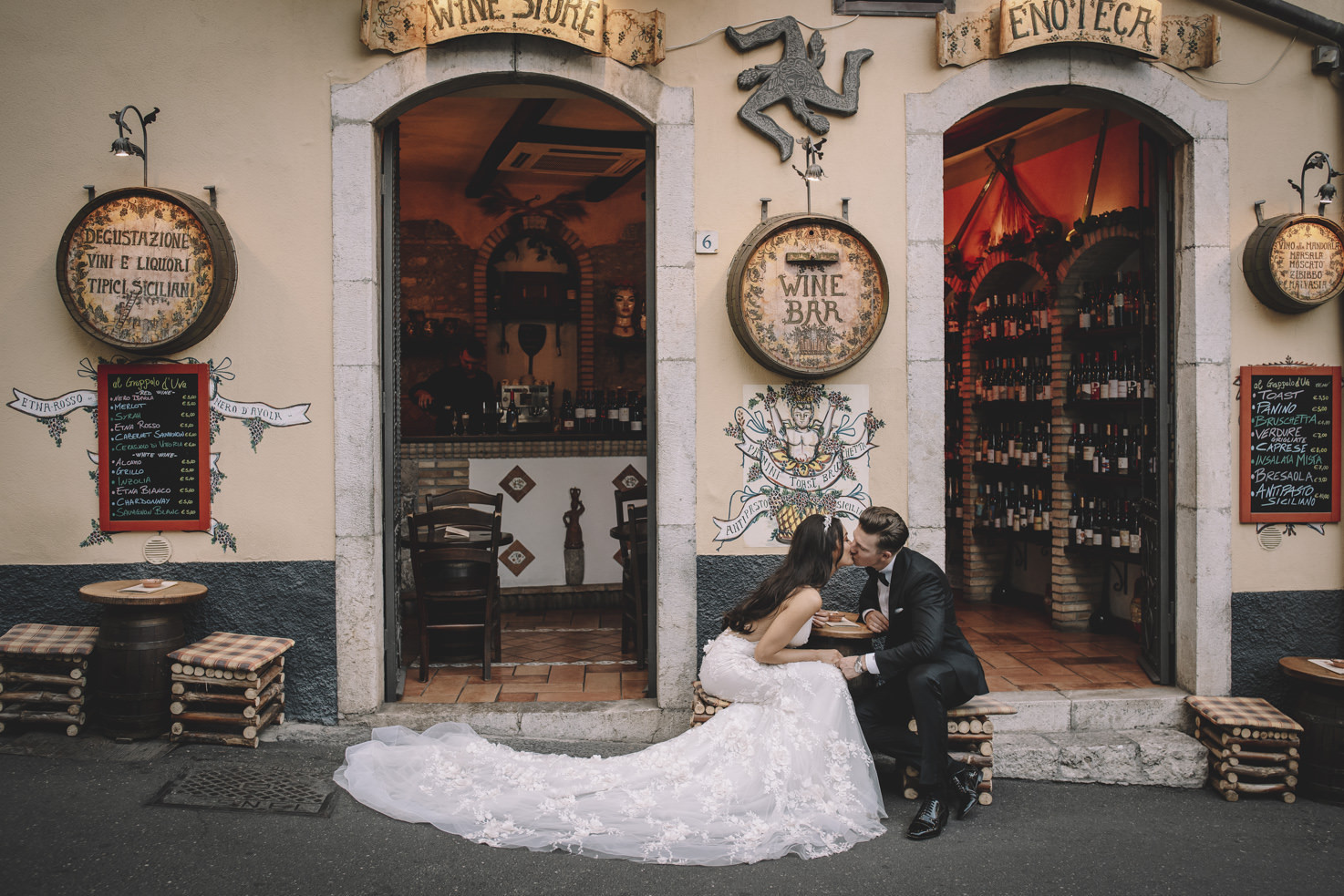 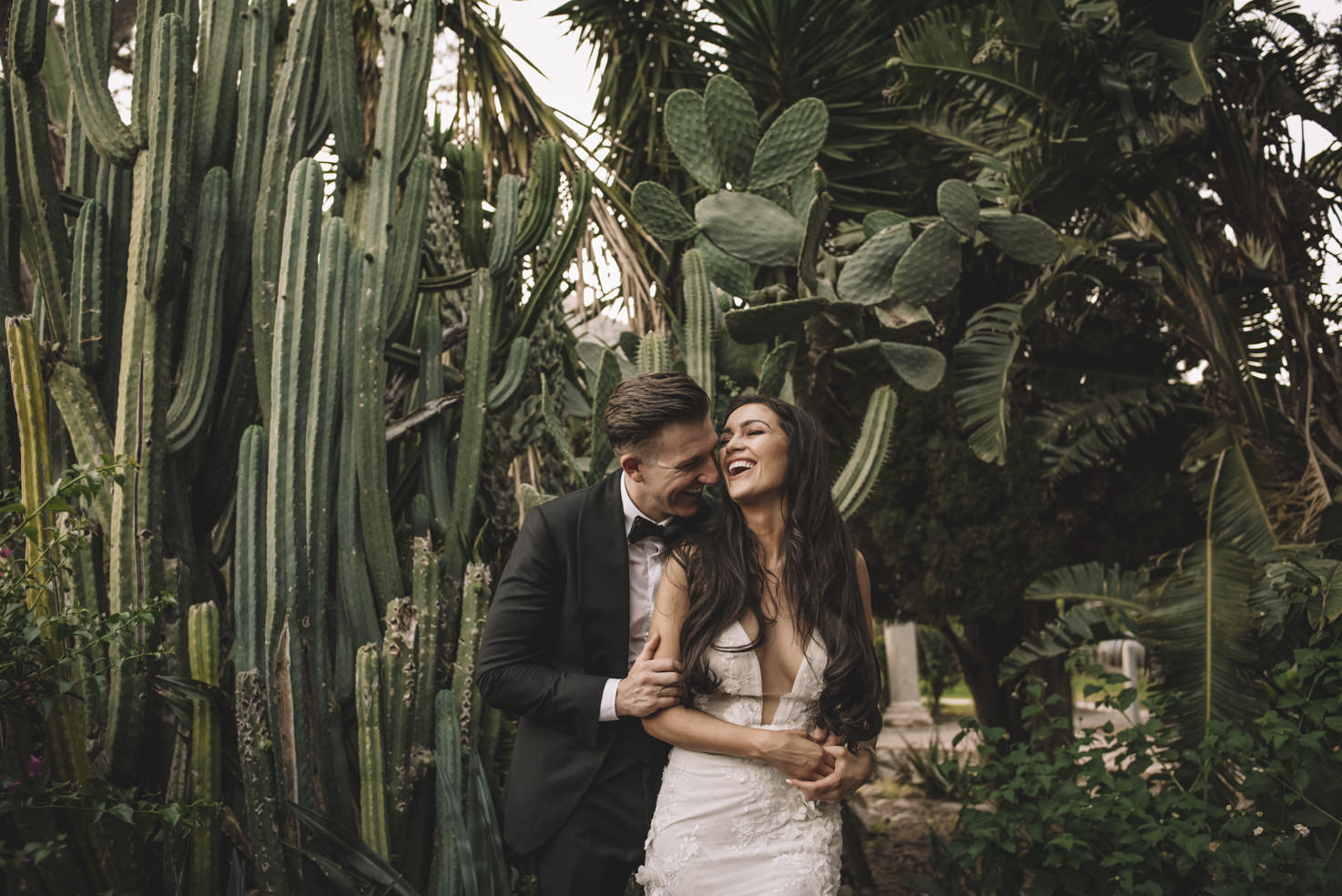 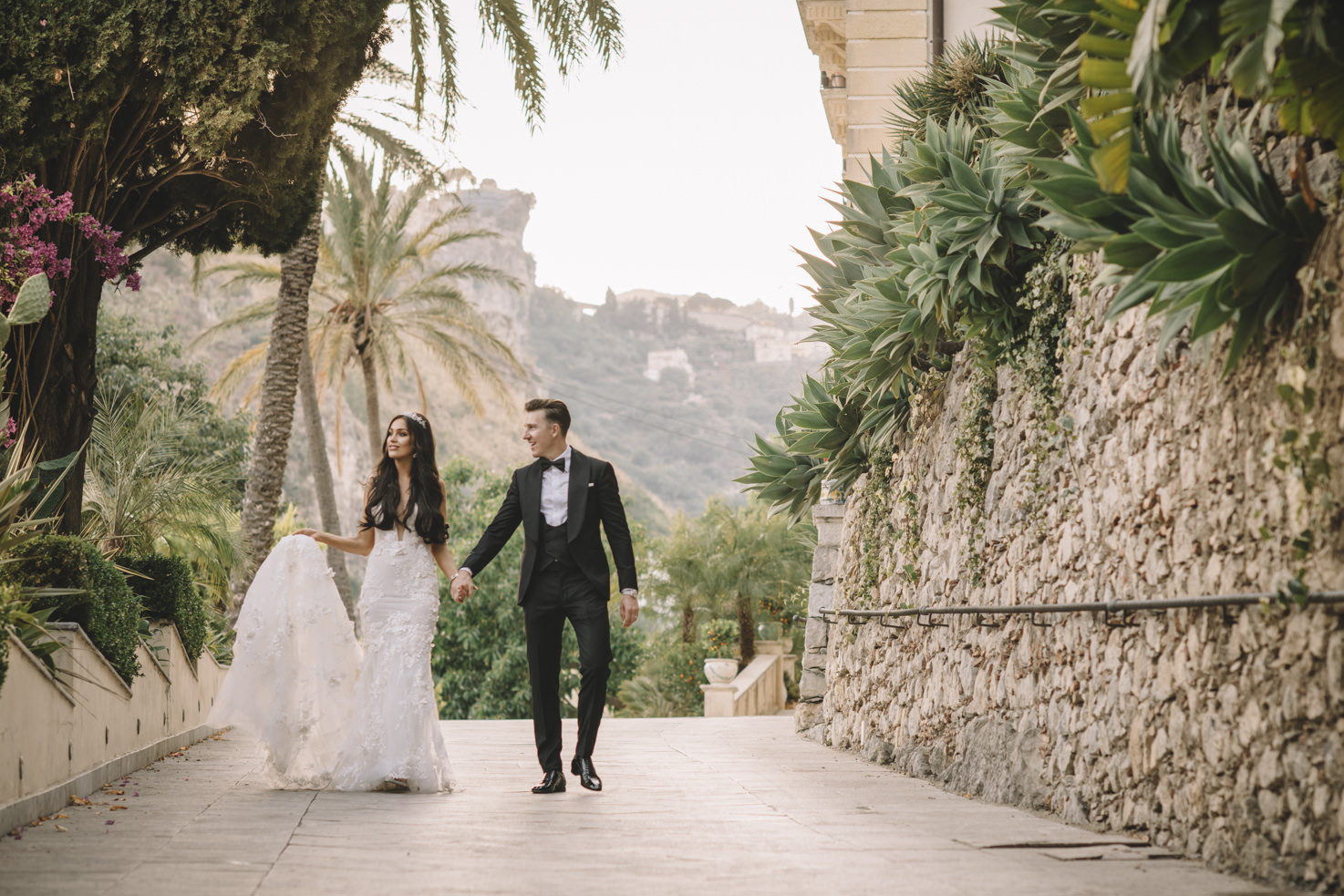