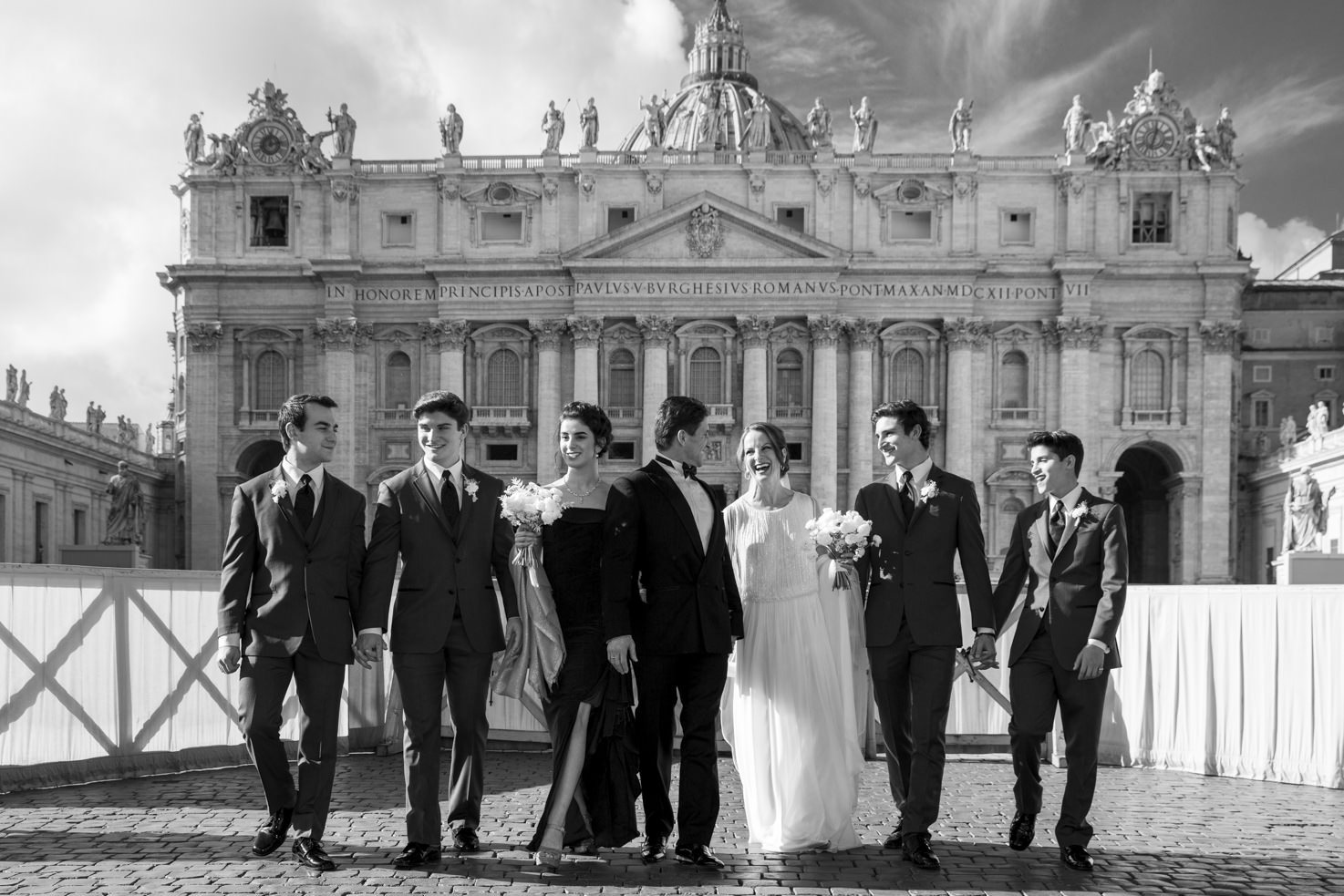 Churches in Rome for a catholic wedding ceremony

Rome is the heart and symbol of Christianity, which makes it so special for couples who want to tie the knot in a Catholic ceremony. St. Peter's Basilica is renowned worldwide, but Rome has many other jewels to its crown, basilicas like Santa Maria in Trastevere with its golden ceilings and Roman columns, Santa Francesca Romana with its precious mosaics, or Santa Maria in Ara Coeli with its magnificent baroque interior. If you choose a Catholic church in Rome as your wedding venue, you will have a spectacular background for a ceremony full of meaningful rituals and traditions.

Getting married in Santa Maria in Trastevere in Rome

The church of Santa Maria in Trastevere is considered to be the most ancient church in Rome and the first dedicated to Mary, the mother of Jesus. It is located on a small square in one of the city’s most historic districts of Rome: Trastevere, a neighborhood on the west bank of the Tiber, just south of the Vatican.

Tradition has it that the church was established by Pope Calixtus in the early 3rd century AD and subsequently rebuilt by Julius I in 337. The impressive interior features 21 irregular ancient Roman columns some of which came from the Terme di Caracalla. The wooden ceiling was designed by Domenichino, who painted the central panel depicting the Assumption of the Virgin. The mosaics in the apse and on the triumphal arch date from 1140 and are absolutely stunning.

Catholic wedding ceremonies in Santa Maria in Trastevere Church are allowed during the morning, except for Sundays. 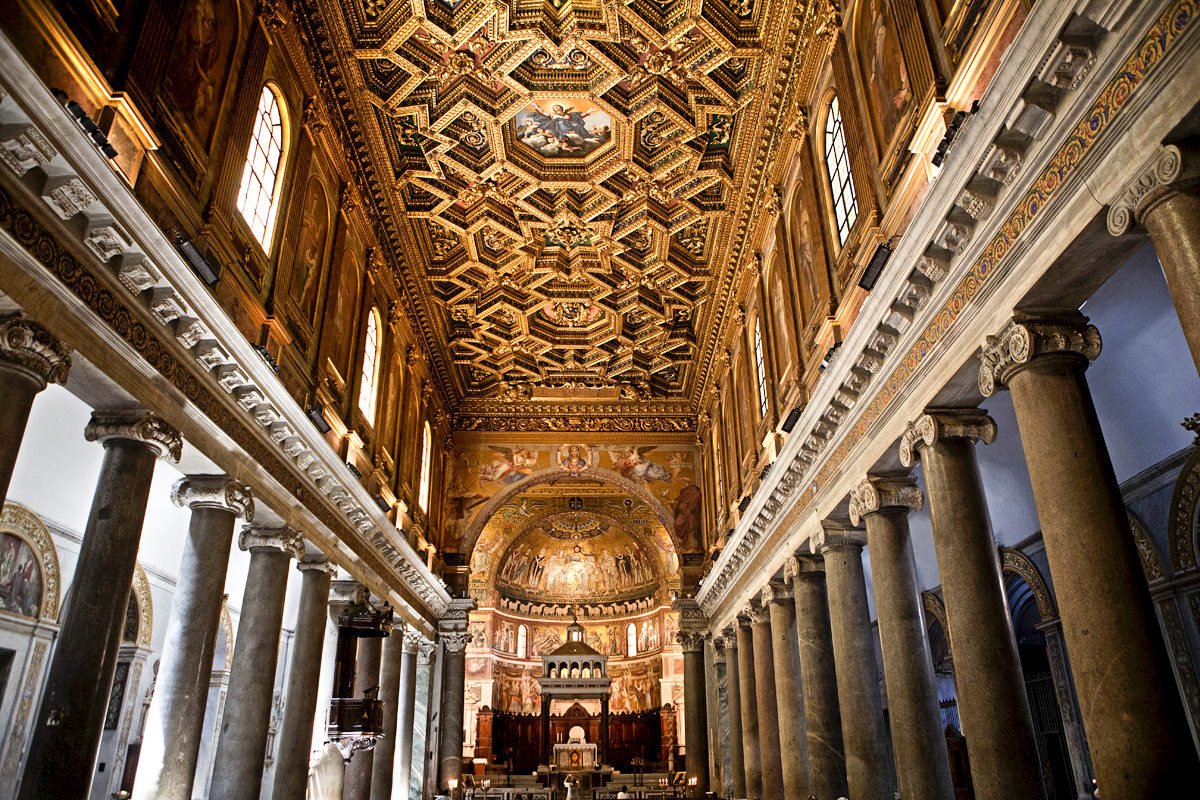 Dating from the 7th century, this church has been rebuilt over the years, the latest redesign came in the 13th century when Franciscans began but never completed the Romanesque façade. The first chapel holds a fresco by the 15th century great Pinturicchio, known for his attention to detail. Built on the site where the legend says the Tiburtine Sybil told Caesar Augustus of the coming birth of Christ, this church has a strong association with the Nativity and is very lively at Christmas time.

Your catholic wedding ceremony can be celebrated in the beautiful Church of Ara Coeli by an English-speaking priest and is suitable to large wedding ceremonies, though small weddings are allowed as well. 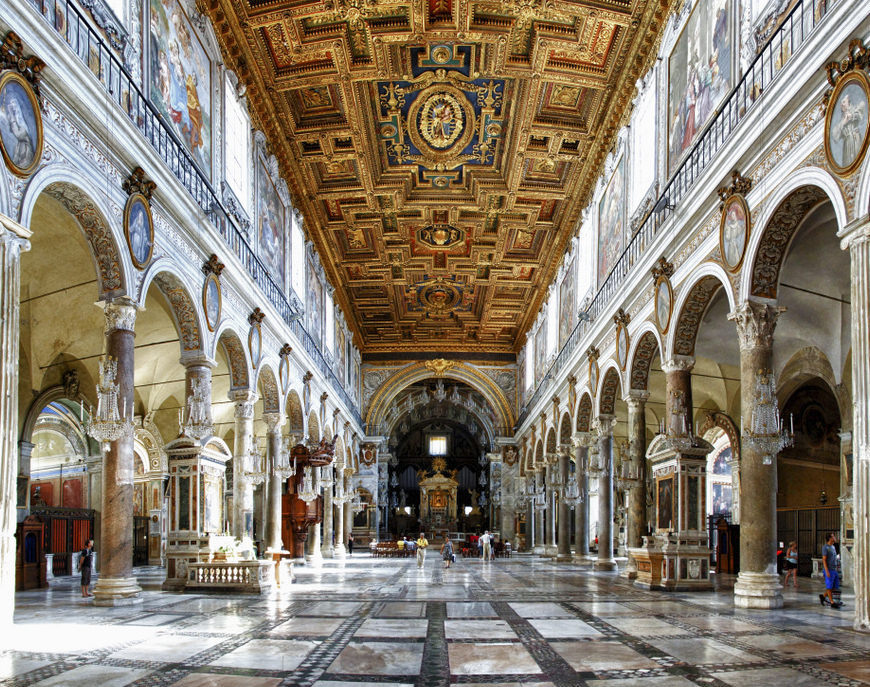 For couples desiring to have a catholic wedding close to the Roman Forum, we recommend a Roman catholic ceremony celebrated in the intimate historical church of Santa Francesca Romana.

Built in the 9th century over an earlier oratory, the church incorporates part of the Tempio di Venere e Roma (Temple of Venus and Rome). It has a beautiful Romanesque bell tower. There is a 12th century mosaic of the Virgin with Child and Saints in the apse, as well as a 7th-century painting of the Madonna and child above the high altar. Two flagstones in the south wall of the church are said to hold the knee prints of St Peter. The interior is really decorative with a wonderful ceiling, brilliant mosaics, and beautiful frescoes. 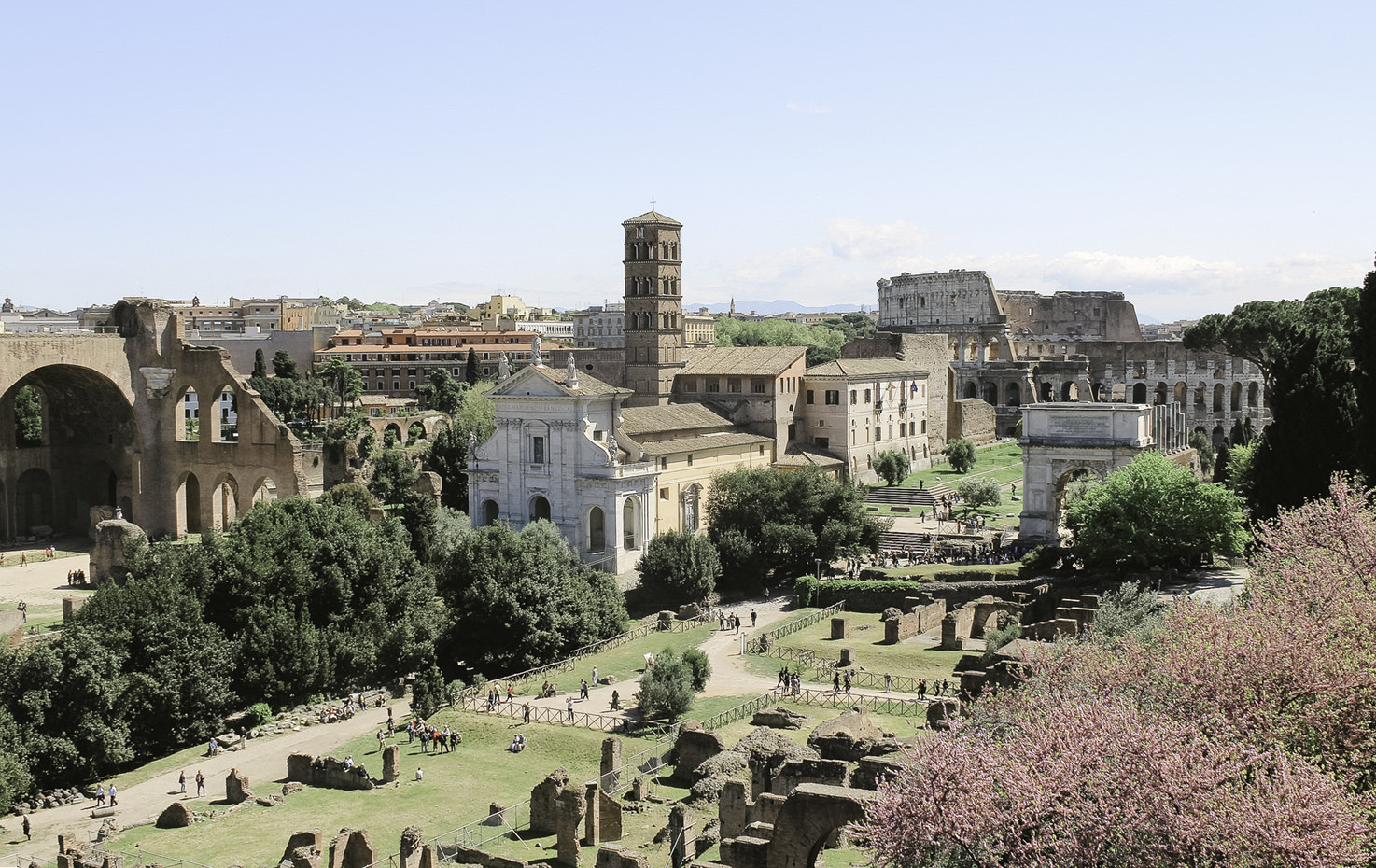 A really elegant Church that we recommend for couples wishing to get married inside the Vatican. Your Roman Catholic wedding will be celebrated by an English-speaking priest in the central nave by the elegant central altar of the Church.

Catholic wedding ceremonies are allowed every day of the week except for Sundays. Since this Church is located on the Vatican grounds the procedures for a legally binding Catholic wedding are easier than in any other catholic church in Rome.

We have listed just a few of the Catholic wedding venues available in Rome. Other historical churches are available in the heart of Rome where to organize a catholic ceremony. 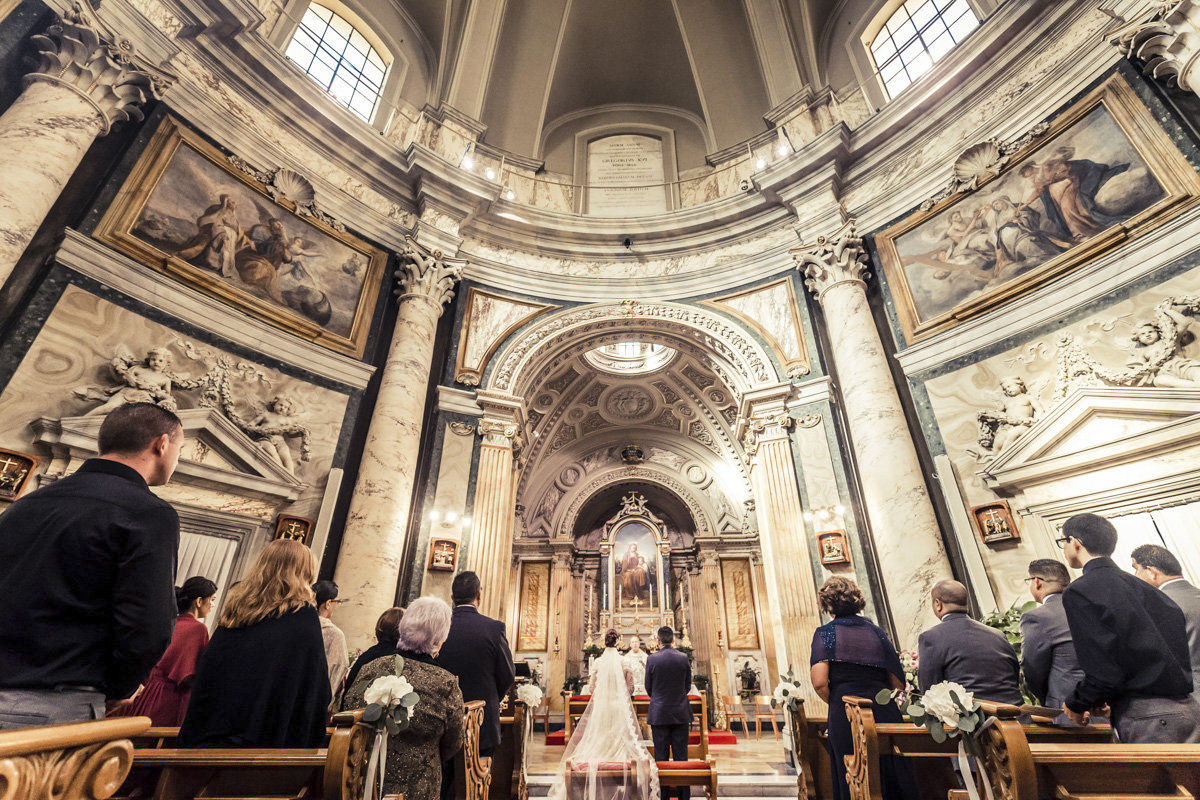 About Catholic weddings in Rome

A specific list of catholic documents must be collected in order to obtain permission to get married in Rome or in the Vatican city with a Roman Catholic rite.

The expert Wedding planners of Exclusive Italy Weddings will assist you step-by-step to make this process less stressful and will check your documents to make sure everything is in order before you send the originals.

English-speaking priests are available to celebrate a Catholic blessing or a Catholic wedding ceremony in Rome. Bare shoulders are not allowed for brides and guests inside Catholic Churches in Italy. Sacred music is allowed only.

Catholic ceremonies with legal validity can be arranged in Rome. A Roman Catholic Wedding ceremony in a Catholic church in Rome is recommended all year round.