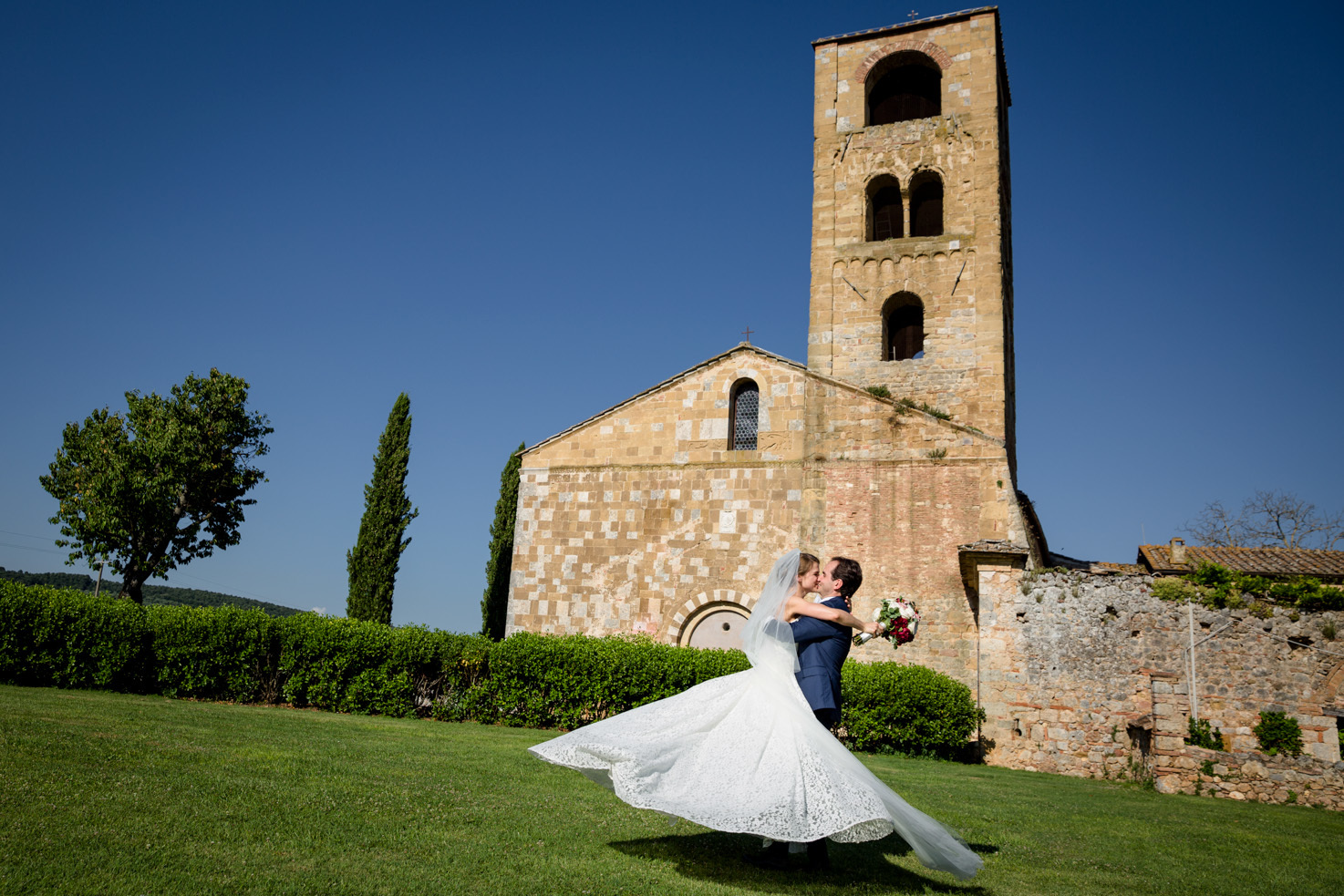 The elegant church of San Giovanni Battista, better known as Pieve di Ponte allo Spino, is located in the comune of Sovicille, about 15 km south of Siena.

The church dates back to the early middle ages: it was first mentioned in 1116 but it’s probably much older. The basilical building rises above the surrounding countryside next to the bell tower with its arched windows. The imposing interior is divided into three naves, each ending in an apse. The majestic columns have elaborate capitals decorated with motives of twisting vines, human figures, and geometrical patterns. A single window on the façade casts a mystical light creating an intimate and spiritual atmosphere.

A Catholic wedding in the church of Pieve di Ponte allo Spino near Siena is very romantic: acres of unspoiled countryside surround the church and its bell tower, and in the month of July they are painted yellow by myriads of sunflowers. After the ceremony, you can celebrate with your dearest ones in the most elegant villas and castles that are just a few kilometers away, and offer many options for small and large groups.

Catholic ceremony in Sovicille near Siena

A Catholic ceremony for non-residents can be organized at the Pieve di Ponte allo Spino with an English-speaking priest. The ceremony takes approximately 45 minutes and can be accompanied by classical music played by a string quartet.

The interior is large and can host groups of 100 guests that can sit comfortably in the three naves.

The church is open all year round and is particularly beautiful in the month of July when it is surrounded by sunflowers. 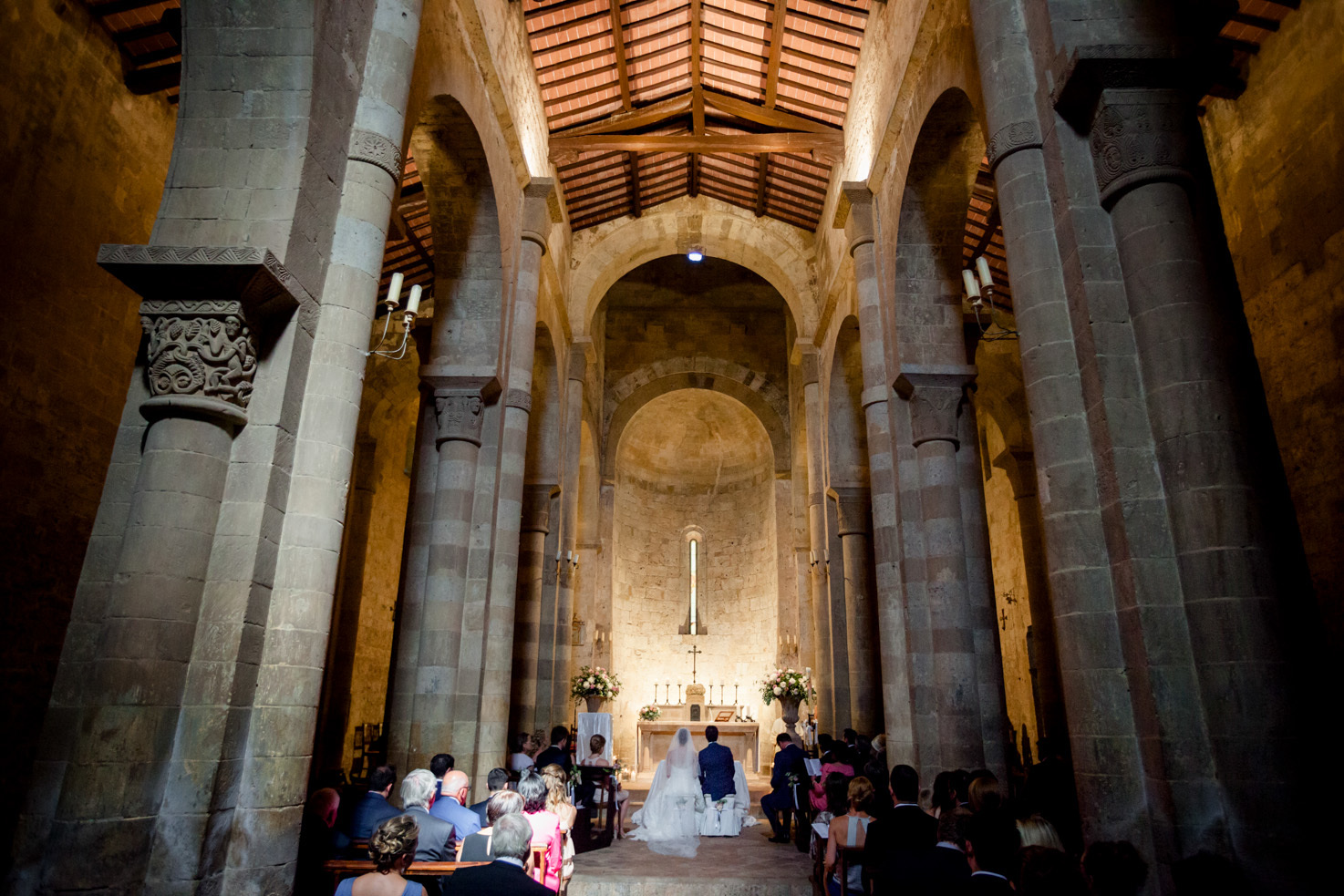 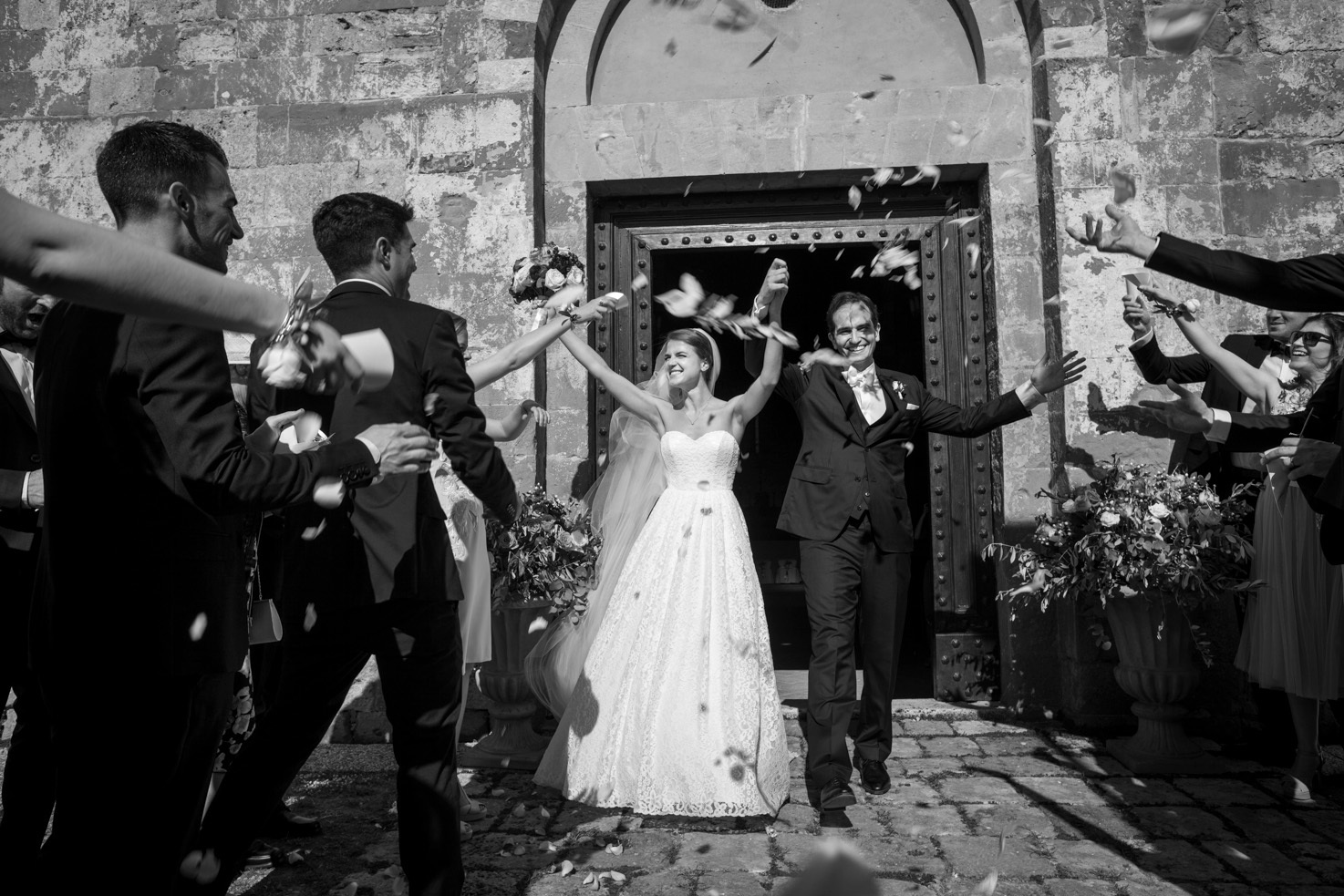 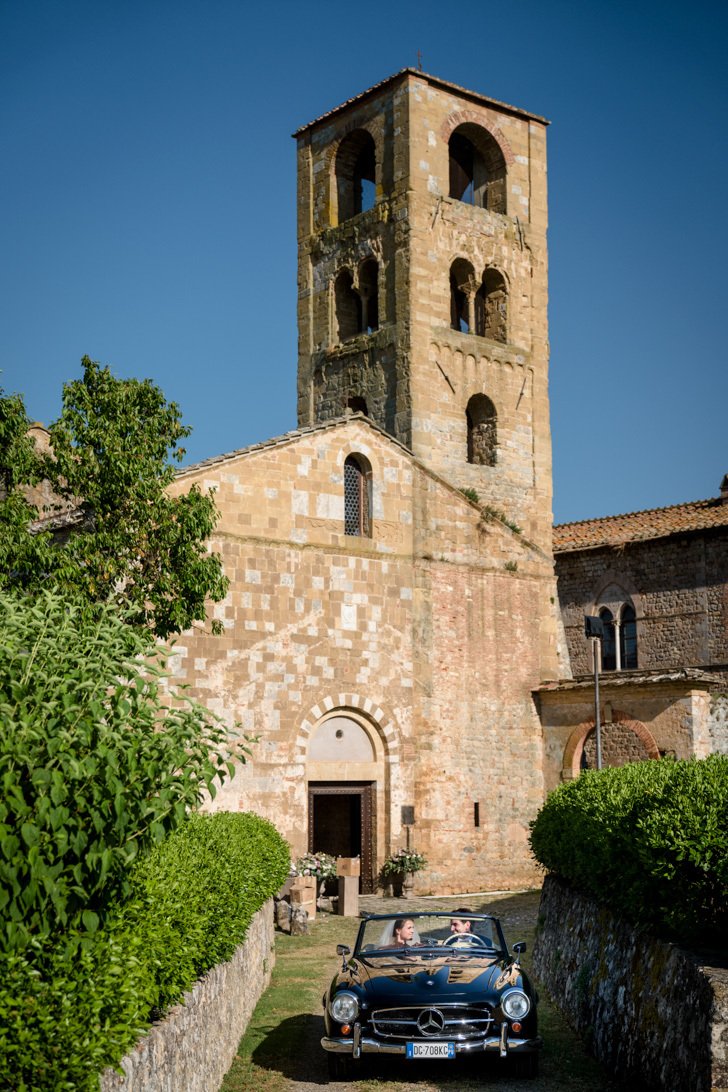 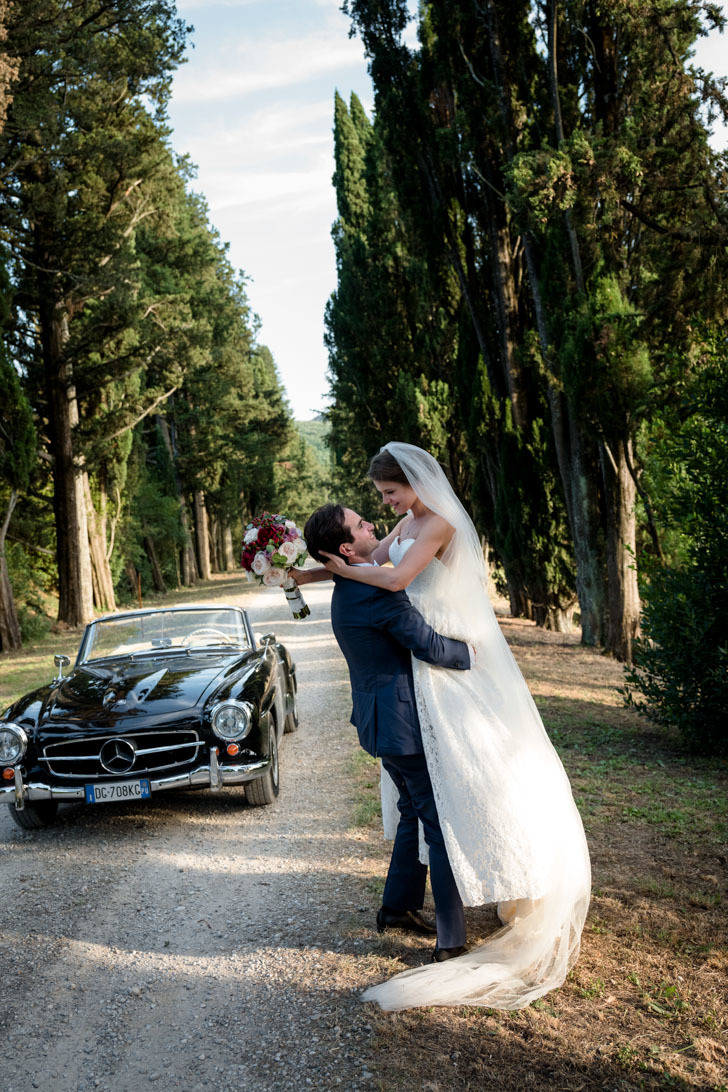 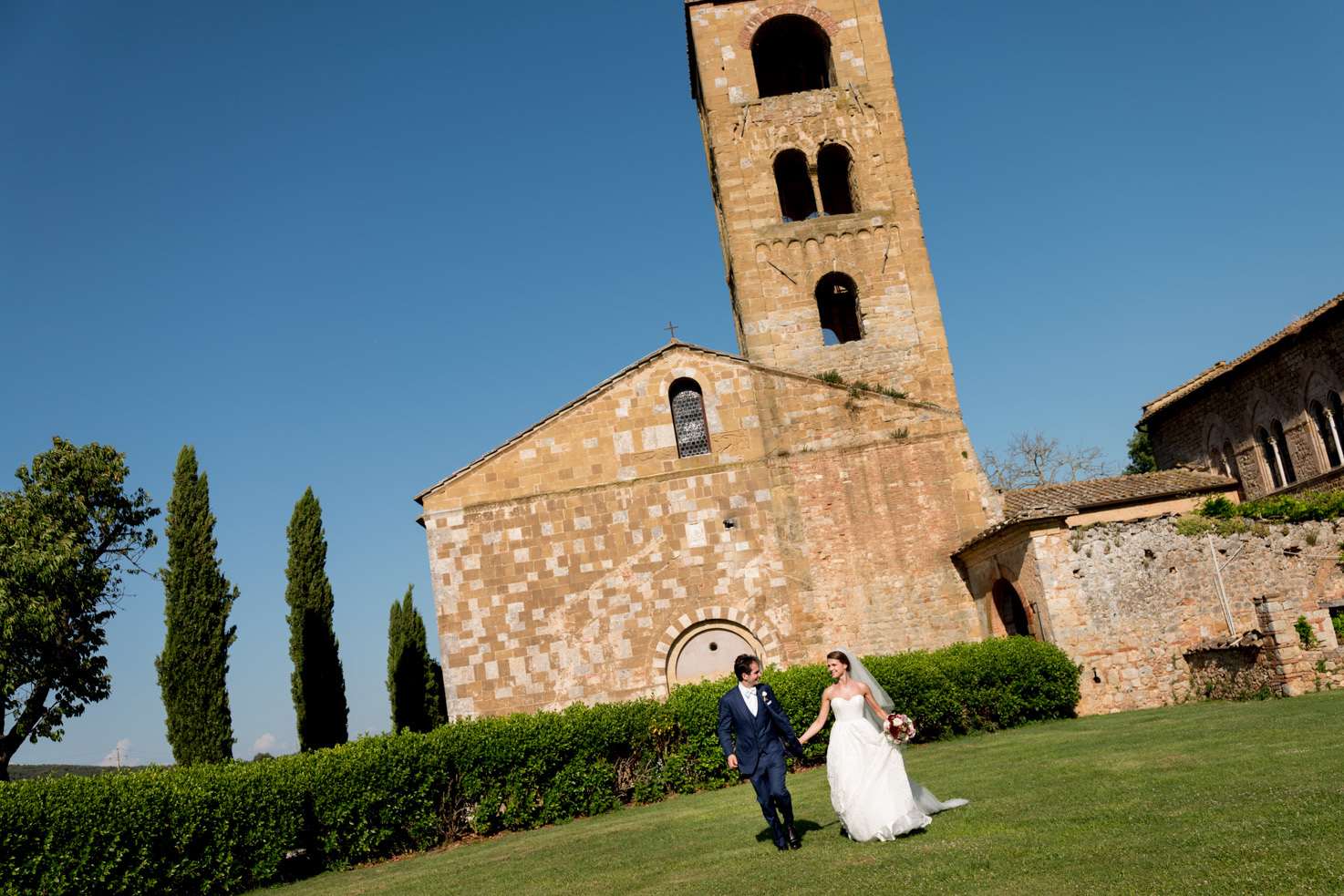